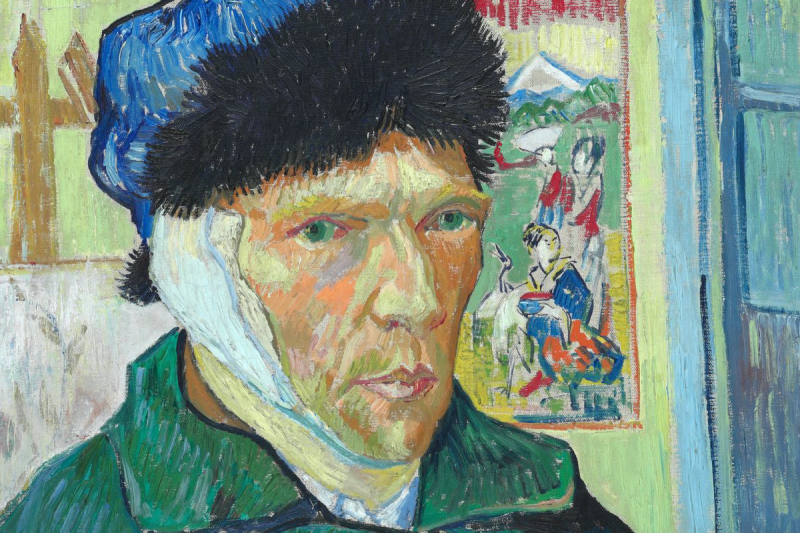 Vincent van Gogh was not a man known for his good mental health, not in his lifetime or now.  In fact, outside of his art, he is a man known for cutting off his own ear and delivering a piece of his ear to a girlfriend.  While this is true in essence, much of the story is exaggerated for drama or by simple misunderstanding.  A short answer to why Van Gogh cut off his ear, which in truth was only the lobe of his left ear and not its entirety, is that his mental state reached its breaking point after several weeks of poor health, little sleep, emotional duress, and a frenetic work pace.  The entire story is a longer answer.

It all starts with Van Gogh leaving Paris and going to Arles in the hopes that it would recuperate his spirits and health.  He also went with the dream of establishing an artist cooperative, to make a place where artistic thought could be shared, debated, and developed into its own school, a “studio of the south.”  As a man who wanted to be accepted, to belong somewhere, it was a dream that he desperately nursed to fruition.  Paul Gauguin was his first step toward achieving that dream. 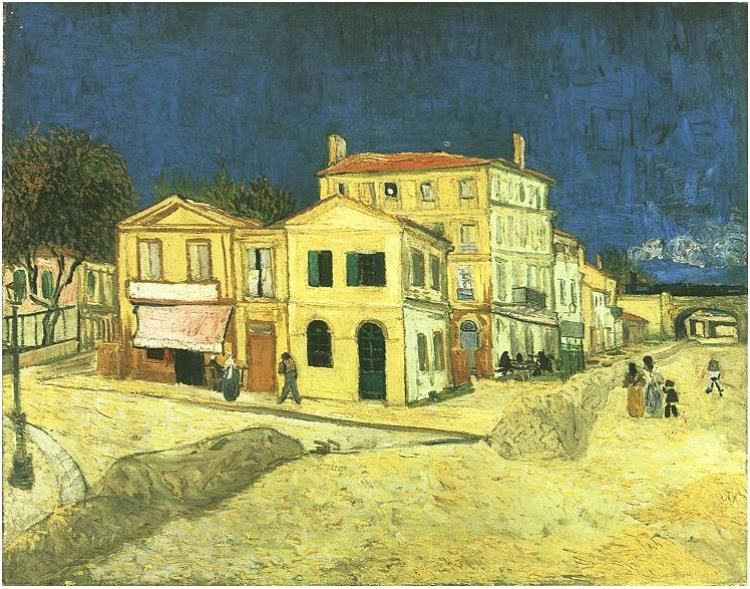 Vincent van Gogh arrived in Arles in February of 1888, where he started on his dream of creating the studio of the south by renting a home that he promptly dubbed the “Yellow House.”  Once established in his new home, he began painting frantically to make it as comfortable and as homey as possible.  He wanted it to be a perfect base from which to build the Southern school of art of which he dreamed.

The two men had met in Paris.  Van Gogh was left with a high opinion of his fellow artist.  Gauguin did not share Van Gogh’s enthusiasm for the friendship.  By all accounts, he liked Vincent well enough but not enough to live with the man or found an artistic cooperative with him.  He would have preferred it to be himself as the focal point or the cooperative and for it to be based out of the tropics.  Gauguin had a high opinion of himself, seeing his style of art to be the “right” way and, with that mindset, Vincent to be a passable artist at best.  He didn’t like how Vincent worked from spontaneity, painting what he saw in front of him.  Gauguin preferred to paint from memory, to control how his composition would turn out rather than allow the heat of the moment to influence it.  Furthermore, Gauguin’s ideal place for an artistic cooperative was more along the lines of Martinique, where he spent his later years.  So how  did Paul Gauguin end up in Arles with Vincent van Gogh?  The answer is money. 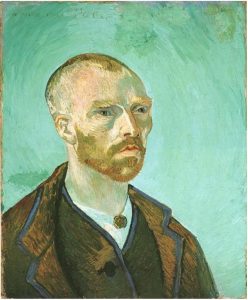 For several months, Paul Gauguin had been short on funds.  He was racking up debt, and like Vincent, was dependent on Theo van Gogh for money.  Theo Van Gogh did not support Gauguin altruistically as he did Vincent, but Gauguin needed Theo, an art dealer, to sell his paintings.  Occasionally, Gauguin paid Theo in paintings while Theo sent him money.  Both of the Van Gogh brothers wanted Gauguin in the south of France.  Van Gogh repeatedly asked Gauguin to join him in Arles, which the other man put off again and again.  Theo gently leaned on Gauguin, encouraging the man to move to Arles as well.  It was with Theo in mind that he agreed to join Vincent.  With the death of their Uncle Cent, Theo inherited some money and planned on devoting it to Vincent’s southern artist cooperative.  While never explicitly stated, it was understood between all parties that Gauguin would receive the same stipend a month as Vincent and Gauguin would send Theo paintings.  Gauguin arrived in Arles on October 23rd, 1888.

At first, it went well.  Van Gogh was eager to please, and Gauguin wanted to make the best of what life had given him and save up money to move to the tropics.  Gauguin assumed the role of master with Van Gogh as his student.  With those roles, Gauguin encouraged Vincent to paint more from his imagination rather than what was right in front of him.  Vincent tried; during this time he painted some works that were partially from imagination, such as Memory of the Garden at Etten and another version of The Sower.  Gauguin also took control of the household matters, creating a budget where they would cook their own food instead of eating out, stretch their own canvas, and still have money to visit local bordellos and grab drinks.

The situation deteriorated quickly.  Van Gogh was notoriously hard to live with; he was mercurial in temperament and often did not remember when he acted strangely.  It grew worse when the several months of painting at a cracking speed culminated with increasingly heated arguments about art with Gauguin.  Van Gogh became stressed that Gauguin would leave and his dream of the Studio of the South would die with his departure.  Gauguin did try to keep the peace to some extent, but he was on edge too from their differing temperaments and artistic styles.  He frequently wrote to their mutual friend Emile Bernard about how they rarely agreed on anything related to art and also wrote to Theo that he wanted to leave in December, but he later changed his mind. 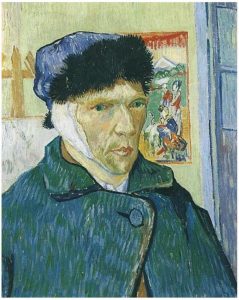 December 23rd, 1888, two months after Gauguin’s arrival, was the infamous night.  The bare facts known are that Van Gogh and Gauguin quarrelled, Gauguin left the Yellow House for the night, and Van Gogh caught off a bit of his lower left ear with a razor and gave it to a prostitute that he favored; they were not in a relationship that went beyond the usual exchange before that day.  On the morning of Christmas Eve, the police came to the Yellow House to find Vincent weak from blood loss with a great deal of blood upon his bed sheets.  These are the definitive facts.

What remains to be added is Gauguin’s version of the night, which follows the same pattern, but his accounts deviate in two ways.  In what he told Emile Bernard, who wrote the tale down in a letter, he said that Vincent followed him after their argument and asked him if he was leaving.  When Gauguin confirmed his intention to leave Arles, Van Gogh handed him a piece of newspaper with the words, “The murderer took flight,” written on it.  Van Gogh likely meant to accuse Gauguin as a “murderer” of his ideal artist cooperative.  Gauguin  wrote a second account in his autobiography 15 years later, where he claims that Vincent threatened him with the razor, and Gauguin scared him off.  No doubt the man wanted to appear in the best light possible.  Another fact of that night is that Gauguin used this opportunity to leave Arles as swiftly and quietly as possible.

Vincent van Gogh left no personal record of that night so it is unknown what really happened between the two men.  What we do know is that this event was a horrible night where a man felt driven to self-mutilation.  It is a night shrouded in mystery.  In truth, no one really even knows how much of his ear Van Gogh actually removed.  Most accounts say it was only part of the ear, just the lobe, but some still maintain it was the entirety.  It is a bizarre tragedy that began Vincent’s true struggle with his mental health, one that he would ultimately lose.